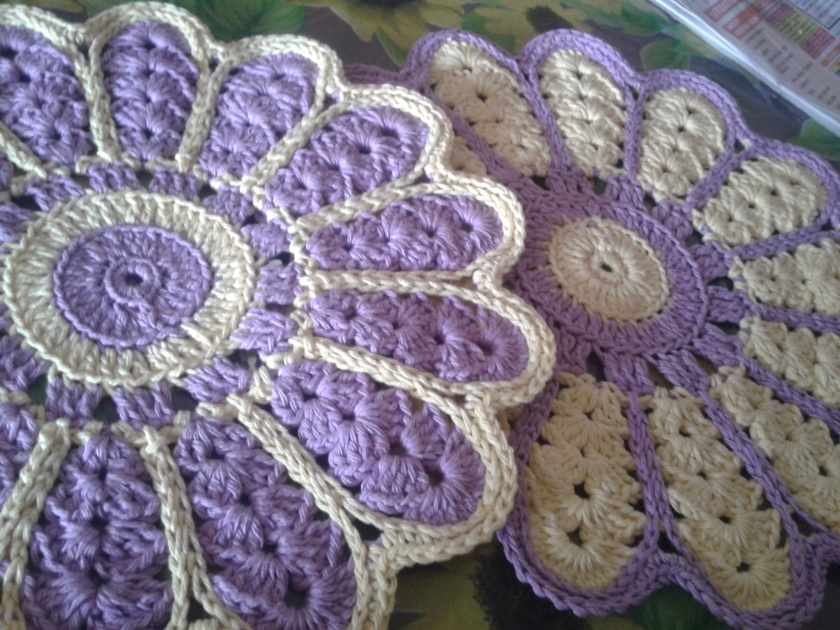 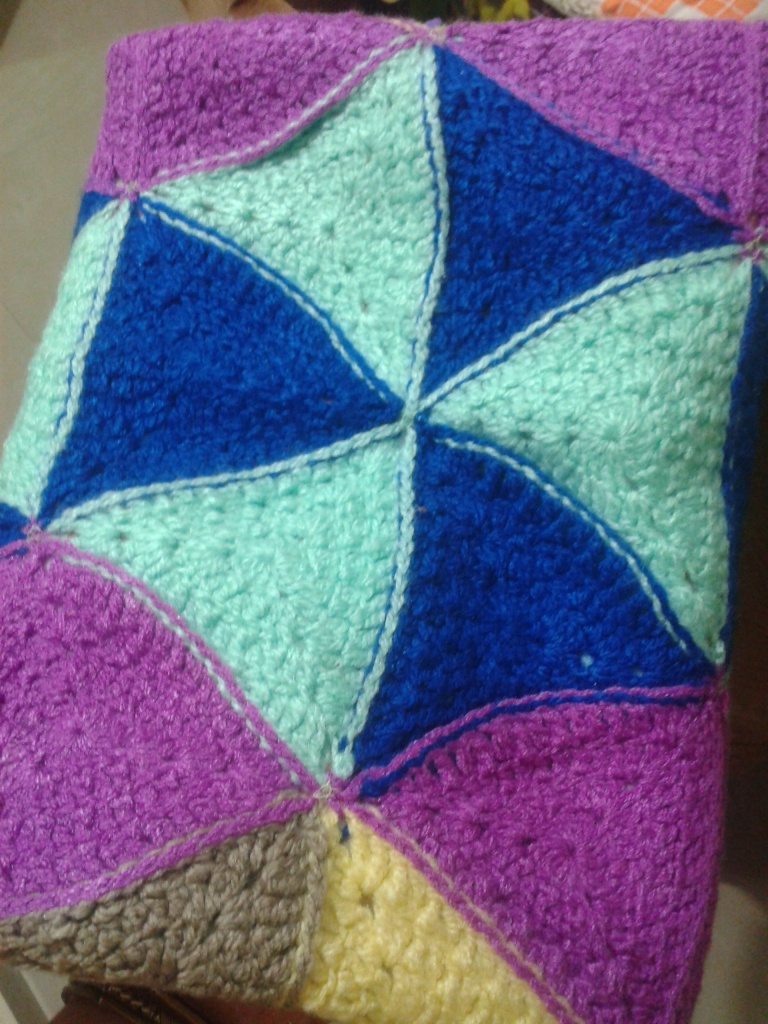 I made this blanket for my sister’s baby. The pattern is White Lily Blanket on Raverly. I added cotton fabric on the back and tacked it just like a quilt back 🙂 I hope baby and mother likes the gift.

I have been pinning things on my pinterest  boards for quite some time. so much inspiration there..  I was so much loving the Skinny Chocolate Chip Buttermilk Scones and decided to make them at last.

I followed all the instructions but still my results were so different then the pic shown in the recipe.  this is what I got out of my oven 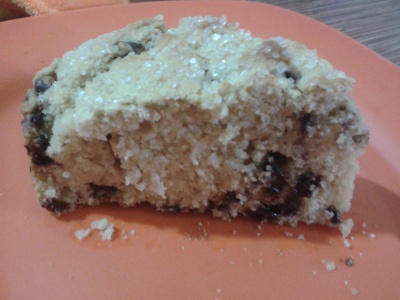 As is seen it is more like a cake but a scone, but still it was tasty and everyone loved it!

So we had the second observation for my daughters in this year. as now both of them are in same environment we had the same time for them. They wanted papa to come as usual as they think mummy already knows so no fun! If it is papa they can explain and tell him how and what of the activity. but sadly dh had a training program and couldn’t join us on the day.  So I went to their environment around eleven o’clock and they started with  the sentence boxes. Both of them showed the sentence formation and were quite comfortable in the activity. Then Achu started to show one by one: stamp game, dot board, Hindi box, subtraction stamp game, multiplication board, dustbin work are some I remember. She was enjoying the work she was doing and that was an achievement for her teacher as well as for her. Now I only have to work on her reading with understanding part, she wants to read but don’t want to follow the script, so she comes with her own story by seeing the pictures and reading some of the words in the book.

Now Aku has become so much moody after we came back from hometown. she doesn’t want  to do work in the school and so she had not been in practice of the works and was not quite happy to show me the work. she showed me two or three works: dustbin work, sentence box, dot board, Hindi box, and when it came to the stamp game she was all lost and started complaining. So that was all about her, I am not too worried about her and think it is a phase and she will change.