You never know what your child is going to ask.. we all have our own bundle of stories about what our kids said which was amusing, funny, inspiring or jaw dropping.. a lot of times this shows their understanding of things and matters.
It is obvious for growing children to ask questions and it is a sign that they are interested in learning new things. Sometime back (a year and a half ago) I was not very comfortable kids watching even the regular t.v. stuff. I actually stopped watching tv to avoid all the silly questions they would ask and most dangerously the things they’d not ask.
But even then I always tried to at least answer their quarries at the time they ask it.. it happened with me that I was busy in things and thought that this question needs more elaborate answer and it is not the time for all this stuff and asked kids to ask me later, but that later never came..later I would forget and so would they.

It is so really necessary to answer their quarries at the time they ask as that is the time they are interested and would listen, understand more than later when you have time but the kid is not interested.

We were watching movie and the hero kissed heroin, so my daughter asked “why do they kiss mummy?”
“Coz they love each other, don’t you kiss mummy when you want to show love?”
This didn’t stop here.. she asked next question
“But why they’re kissing on lips always?”
“……………..because they’re couple, and couples are allowed to kiss on lips, as he’s going to marry her” 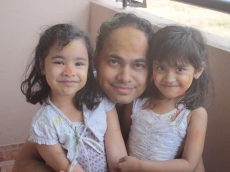